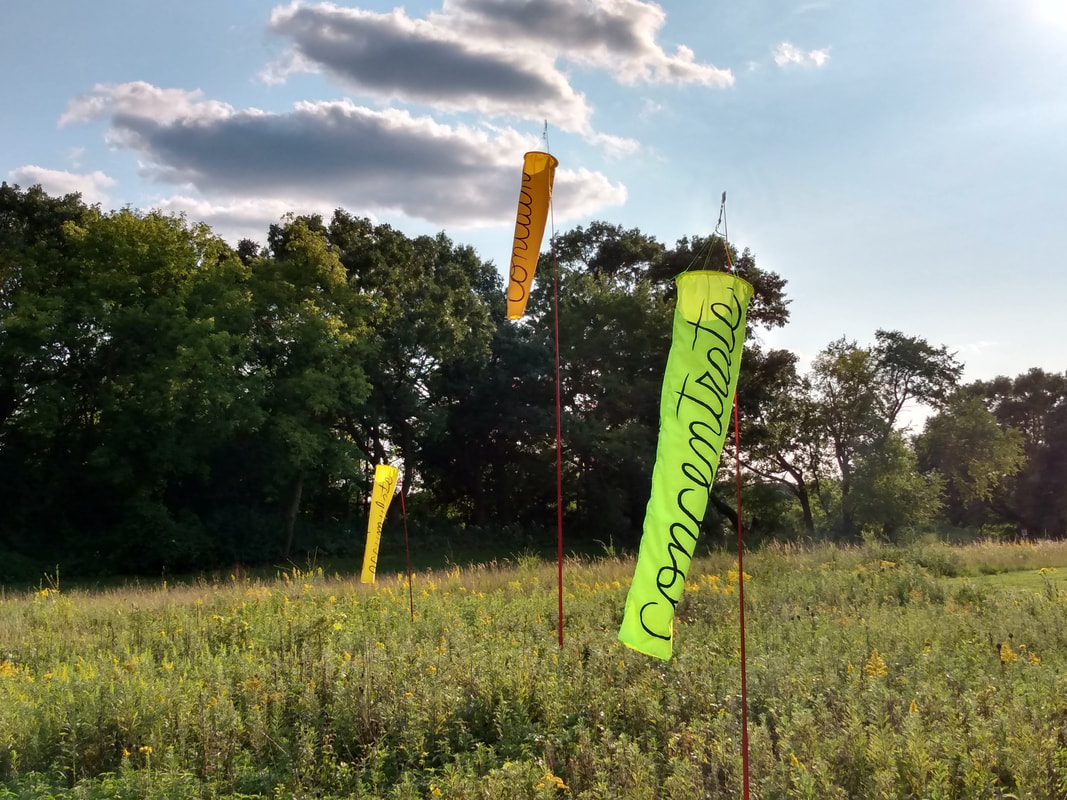 Installed at Patrick Eagan Park in Eagan, MN.
This work developed out of research into the creation of HotZone, an ongoing exploration of the 100-mile area between the two nuclear power plants in Mni Sota Makoce, so-called Minnesota. They are located along the Hahawakpa / Gichi Ziibi / Mississippi River in Monticello and on the Prairie Island Indian Community's land. These power plants store all of their nuclear waste on-site in cooling pools and temporary steel/concrete "dry cask storage." There are currently no available locations or plans in the US for long-term radioactive waste disposal.

Throughout their 50+ years of operation, both power plants have had minor dispersals of radioactive material into the surrounding environment. The possibility for future contamination and potential for devastation remains and will persist, even decades after their closures, currently slated for 2040.

Surrounding each nuclear plant are 2 zones that detail how to respond in the event of a radiation release: the 10 mile radius "Emergency Planning Zone" and the 50 mile "Ingestion Pathway Zone." If you look at the Chernobyl and Fukushima-Daiichi exclusion zones, the elements have transported the radiation far beyond the initial 10 and 20 km exclusion zones, respectively. To explore this further, I began creating these windsocks as a visual reminder of the power of the wind.

Over the past few summers, as wind has brought in heavy smoke from wildfires north and west of us, I have been reminded of how powerful the wind can be at both dispersal and concentration. These windsocks call attention to the wind that moves particulates, smoke, dust, pollen, seeds, insects, and more through our environment. The wind disperses what is here, while also depositing small artifacts from alond its route. This trio of windsocks is part of a larger body of sculptures, participatory events, and other investigations entitled Hot Zone. See more at hotzone.kelleymeister.com.