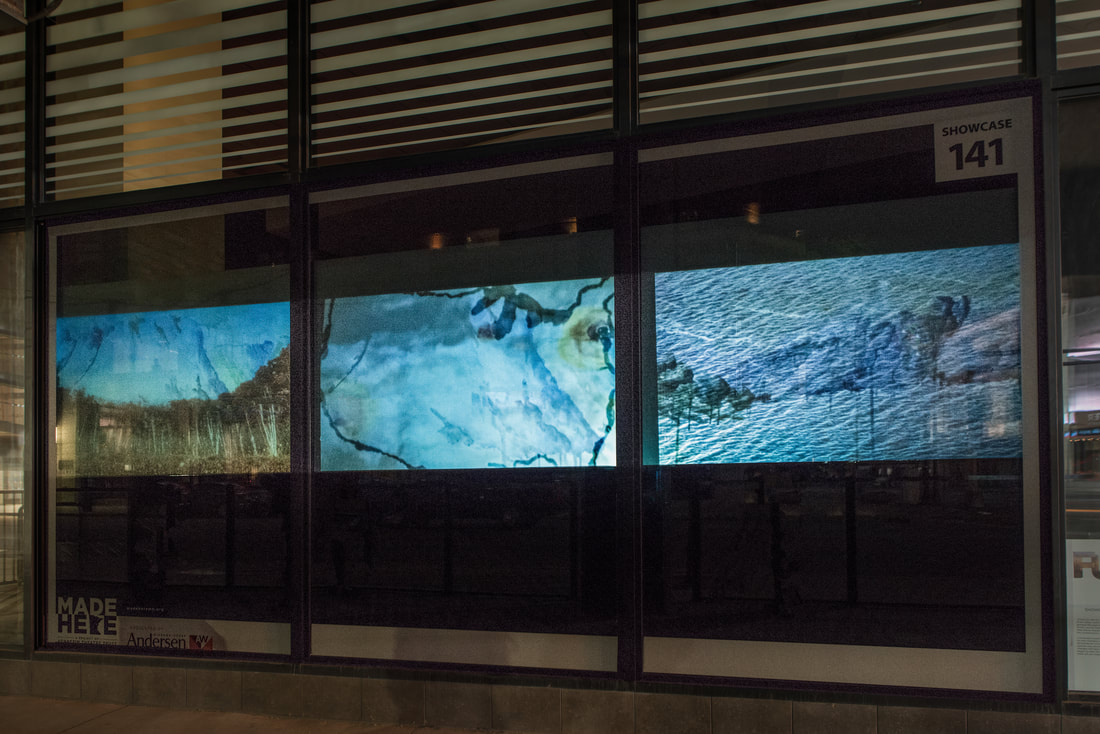 Using scientific inquiry and historical analysis, Where Do We Go From Here? is a multi-channel video installation that combines hand-drawn animations, high-definition video, and sound recordings of the Upper Mississippi River Valley and the Minnesota landscape to imagine what the future may hold. These videos and images represent the work-in-progress, final photos/videos coming soon. Further, the video installation has enhanced interactive elements when installed in some iterations.

For Where Do We Go From Here?, I immersed myself in the landscape of the Mississippi River by gathering film footage of the summer storms rolling through, capturing the sounds of dripping spring thaw, and taking still images of the Mississippi River Valley’s ever-changing waters. I have also spent time digging into the accumulating research on what the future holds, reading books about the Anthropocene, how humans have impacted the planet over time, and how the Industrial Revolution was the catalyst for much of the changes we see now.

The Mississippi River Valley is a place of rich and stirring juxtapositions. At the confluence of the Mississippi and Minnesota Rivers, sacred Dakota sites such as Mni Owe Sni and Wita Tanka – Coldwater Springs and Pike Island, respectively – stand alongside the nearly two-century-old Fort Snelling and the contemporary landmark of the Minneapolis-St. Paul International Airport. Many places along its shores are still relatively wild, yet the river also serves as the location of two nuclear power plants and the largest coal-burning power plant in the state. Commercial and recreational vessels travel up and down stream, and fancy homes line its bluffs.

Over 150 years ago, what we now call Minnesota became a territory and then a state as the westward-expansion of the United States crossed the continent. During that time, white settlement of Minnesota exploded. It is undeniable that human impact, specifically that of Euro-American settlers, began to dramatically alter the landscape of Minnesota at that time, through logging, dam-building, agrarian living, and so forth. I am interested in what the continued impact Americans have on this landscape will be over the next 150 years, given what we know now about climate change and the effects that humans are having all over the planet due to greenhouse gas emissions and our continued reliance on fossil fuels. When we look forward 150 years, how big will this continued impact be?